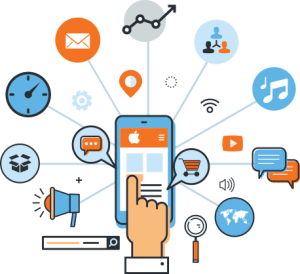 Over 215 million iPhones were sold in 2017, meaning that a huge number of any company’s customers probably use an iPhone to access the internet, connect with businesses, and make daily choices for themselves and their friends and families about where to go, what to do, and what purchases to make.

Apps also help people decide how to use their time, from consuming news to reading to playing games.

The iOS app developers at App Design in Ireland excel at working with companies around the world to create the best possible app designs.

Companies that don’t make their apps and offerings available for iPhones are missing out on what this popular smartphone has to offer.

At AppDesign, we have experienced and expert iOS app developers who create incredible apps that work with all Apple products, from the iPhone to the iWatch and iPad.

By reaching customers through many different avenues, companies can improve their customer responses. For example, a retail store might notify a customer when they’re within range of a favoured location, reminding them about a sale at the store.

An app might offer rewards if the customer pays with the app rather than cash or card.

Or an app might track purchases and help customers quickly shop online or reorder favourite purchases. 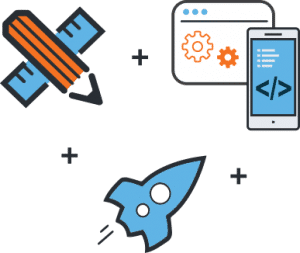 We Work With You Through Every Step Of The Creation Process

Customers may also be looking to work with an iOS app developer who is familiar with how to take an app from concept to completion, including helping to get it uploaded to the iTunes App store.

In-app purchases are a huge source of revenue for app producers; in 2017, the average iPhone user spent almost $60 on in-app purchases, with more than half of that money spent on games.

Clients may be looking to earn a share of that income by creating a fun, addictive app that intrigues and engages customers.

iPhone app development, what is it and what’s the big deal?

iPhones with all their amazing features and wisdom are essentially just conduits for the ever-growing app development industry. iPhones run off a mobile operating system known as iOS which also runs the iPhone siblings iPad and iPod Touch. Knowledge of this iPhone operating system is crucial for iPhone app development. All things considered, there are simply two main languages utilized for iPhone app development. The essential dialects that overwhelm are Objective-C and Swift. Obviously, you can utilize a wide range of various dialects to code iPhone apps, very much like you can utilize a butter knife rather than a screwdriver to deal with odd jobs about the house.

Because of Apple’s altruism and notoriety on the lookout, the iPhone stage has its own arrangement of supporters to pick iPhone apps first with no doubts. As announced by Statista, in a 2018 mobile phone review, north of 40% of adult Americans purchased an iPhone in view of their devotion to Apple.

iPhone clients utilize the most up to date version

Most of the iPhone users run their gadgets on the most recent rendition of iOS, which makes programming and improvement more straightforward as you can have a fair thought of what your application will actually want to convey.

Apple’s nearest rival, Android, additionally has incredible numbers to show. However, iPhone’s scope and infiltration are top-notch. As a matter of fact, as per BGR, there is a client deserting pattern among Android clients.

Almost 18% of Android clients have investigated the benefits of the iPhone and changed to the iOS stage. These benefits incorporated into the iPhone are one of the most seasoned mobile phones. The manner in which the iPhone figured out how to keep up with its iron hold on clients by offering reliable execution and development.

iPhone applications are known to be top-notch and income creating. The two new companies and laid out brands are putting resources into iPhone application improvement to meet their business needs and make a fast profit from their speculation.

iPhone and iPad clients will quite often have higher livelihoods and spend more on tech when contrasted with Android clients. This can influence activities, for example, in-app buys and paid memberships, which assume an immense part of a plan of action that relies upon such client conduct.

The iOS stage gives applications that are not difficult to utilize and have great speed, along these lines improving the client experience. Whether you have a little or huge client base, the iPhone clients can have the experience of a small but feature-rich app.

As of January 2022, iPhone OS or iOS isn’t the main OS stage on the planet. The primary spot has a place with Android with a near 70% piece of the pie with iOS holding the second spot at generally 25%, according to Statista.

In spite of being the second most well-known mobile app stage, iPhone’s iOS stays quite possibly the best working frameworks among its rival around the world. Here are the different justifications for why you ought to consider creating applications for iPhone and different gadgets for your business.

Even the mere idea of creating an app may be overwhelming, never mind actually getting started. App Design has you covered, so don’t worry. Let’s address some of the most often asked queries concerning the creation of iPhone apps.

The operating system (OS) for Apple’s iPhone, iPad, and iPod touch is called iOS. Along with its native programming language, Swift, Apple offers iOS developers a wide range of tools and resources to make the process simpler. 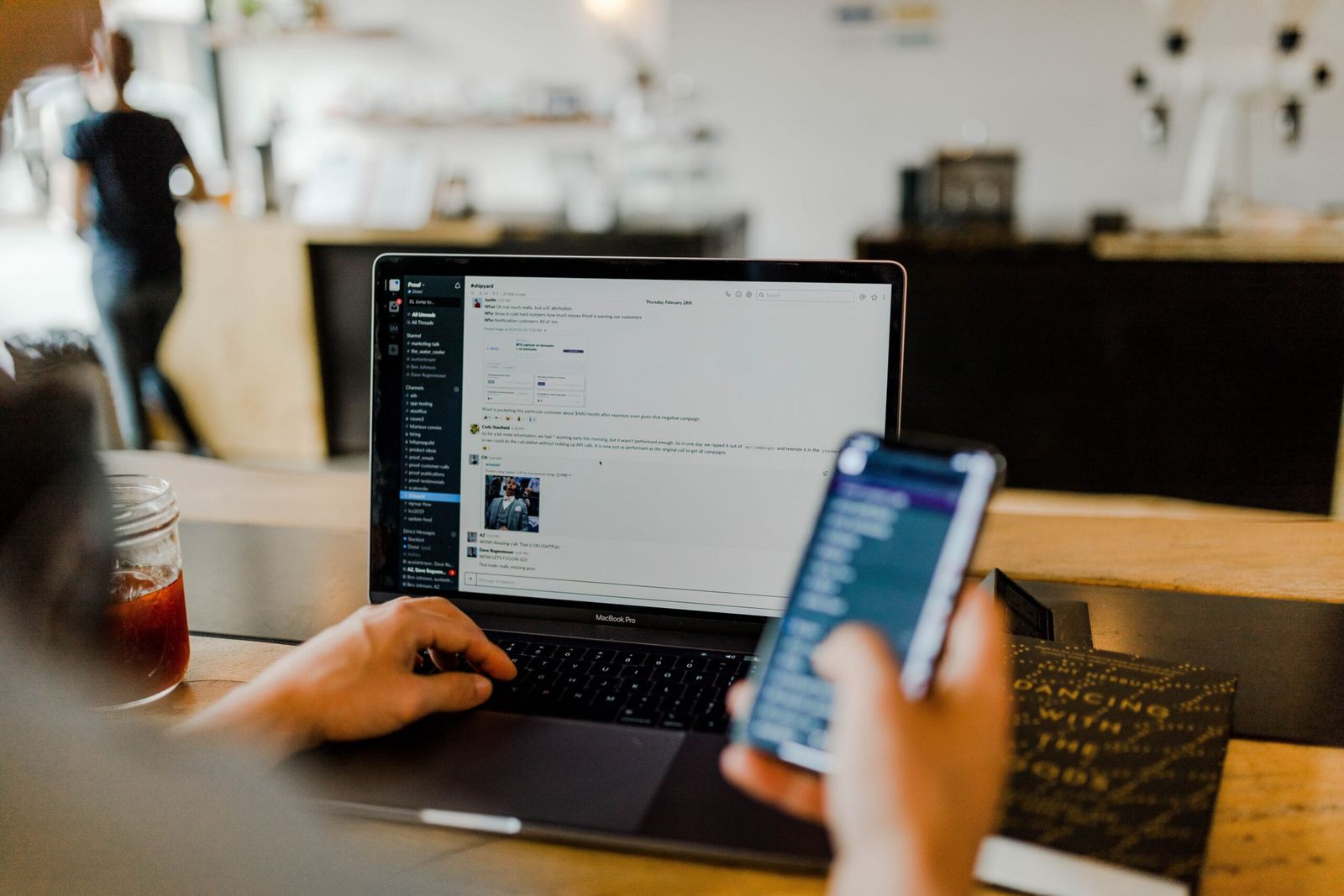 1. What language are iOS apps written in?

Swift, a relatively new language introduced by Apple in 2014, is the official language for creating iPhone apps. In the 1980s, Apple obtained a license for its ancestor, Objective-C. Although Swift and Objective-C are the two most common programming languages used to create iOS apps, other languages like Python, C++, Ruby, and more can also be utilized.

2. How can I develop an iPhone app?

Use the proper tools for your system in order to create iOS apps. Although alternative hardware can be used, Macs are the platform of choice for most programmers when creating iOS apps.

Developing iOS apps on a Mac

Download Xcode, Apple’s integrated development environment in its most recent iteration for Mac (IDE). The tool you’ll use to create iOS apps is called Xcode. You can design, build, debug, and run your program using Xcode. The iOS software development kit (SDK), compilers, and frameworks are some of these tools. Based on an average of the G2 Xcode reviews, actual users give the program a 4.1-star rating.

For Windows, a virtual machine is required in order to create an environment for a different operating system. There, you can download Xcode and macOS.

3. Can I learn how to program for iOS?

There are a ton of in-depth online courses and resources available if you want to learn more about iOS app development. I don’t advise learning on your own if you’re serious about creating your own app or beginning a career as a developer. It should go without saying, but it’s crucial to understand all of the parts and underlying ideas. Here are a few of our favourites:

For iOS app development, Treehouse provides both comprehensive tracks and standalone courses. The program costs $25 per month after a one-week free trial. Additionally, you’ll gain access to all of the libraries that are offered, including those for various operating systems and programming languages.

Similar classes are offered by Codeacademy, however, that platform additionally offers live feedback. You may test and assess your progress in their courses as you study. Its core services are indeed free.

4. Do I need to redevelop the app because it won’t operate on the most recent iPhone version?

No, you can employ our knowledgeable staff, and they can upgrade your existing app to work with the newest iPhone models.

5. Should my iOS app have an iPad version developed?

Yes, you should have a tailored version of your iOS app produced if your target audience uses an iPad. We create apps that are compatible with the most recent iPad & iPad models as well as those that are supported by older models.

6. What does it cost on average to produce an iPhone app?

There is no standard amount. The price of developing an iPhone app depends on a number of variables, such as the app’s functionality, features, usage of graphics, number of development hours, team size, etc. Speak with one of our Project Analysts to make the first step.

7. What is the best way to locate an iOS app development company?

Building apps for Apple devices is their area of expertise as iOS developers. These businesses may provide services at all stages of the app development process, including app design, development, testing, and launch.

You have a lot of research to do whether you want to do it yourself or hire the pros here at App Design. Take your time and consider your users’ needs. Quality ultimately matters the most.

Why Is App Design Right For You?

Based out of Galway, Ireland, App Design has the iOS app developers you need to create the best possible app for your company. We focus on transparent communication with our analysts and design team so you get the right app at a competitive price.