The Apple App Store Has Hit A New High!

Apple announced last week that customers around the world made this holiday season the biggest ever for the App Store, setting new records during the weeks of Christmas and New Year’s.

The phenomenal figures are as follows: 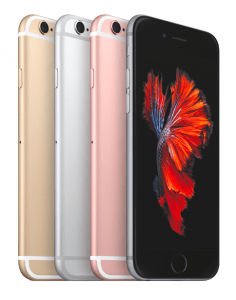 “The App Store had a holiday season for the record books. We are excited that our customers downloaded and enjoyed so many incredible apps for iPhone, iPad, Mac, Apple Watch and Apple TV, spending over $20 billion on the App Store last year alone,” said Philip Schiller, Apple’s senior vice president of Worldwide Marketing. He added “We’re grateful to all the developers who have created the most innovative and exciting apps in the world for our customers. We can’t wait for what’s to come in 2016.”

Here at App Design we too are excited for 2016 and the future of App Developments. We move with innovative trends that enter the market and are up to date with Apples strict rules and regulations.

It is very clear that there is millions and millions of euro to be made from the development of a good quality application that offers the user something new or different. Having been in the game for quite some time we will be able to best advise you on how successful or unsuccessful your app idea might be. Our developers love working on the iOS Platform and have the skills to transform sketches on paper to beautiful visual screens.

Worldwide, the App Store has brought in nearly $40 billion for developers since 2008, with over one-third generated in the last year alone. Apple has previously reported that the iOS app economy has created 1.2 million jobs in Europe.**

The Market has hit a new high and its only going to soar higher as 2016 rolls out. There is no better time than now to act positively towards the development of a new product that has not yet hit the store.

App StoreAppleDevelopmentiPhone6Software
We use cookies on our website to give you the most relevant experience by remembering your preferences and repeat visits. By clicking “Accept”, you consent to the use of ALL the cookies.
Cookie settingsACCEPT REJECT